Lets Welcome Special Guest Artist Will Torres to the Pennsylvania Toy and Comic Show Saturday March 12th 2022 at South Mall 3300 Lehigh St Allentown Pa 18103 Show Info www.valleygoto.com Will Torres has worked professionally in the comic book industry for over 20 years and is the creator/writer/artist on his self-publish line of comic books MR.VENTURE, KILLBORG and his upcoming title THE SAINT OF ASSASSINS. Torres has provided art for publishers Titan (The Official Walk
VRhobbies

Hard To Believe that much time has passed. We appreciate everyone's support. and the Former December"Merchants Sqaure Mall Toy Show will be at the South Mall in Allentown Pa . This is Traditionally our Biggest Show and registration has been strong already. We hope to see you. at Pennsylvania Toy and Comic Super Show SOUTH MALL ALLENTOWN 3300 Lehigh st Allentown Pa 18102 Saturday December 11th 2021 ​ To Be Held in Former Limerick Furniture Showroom/Black Rose Antique Mall Even
VRhobbies 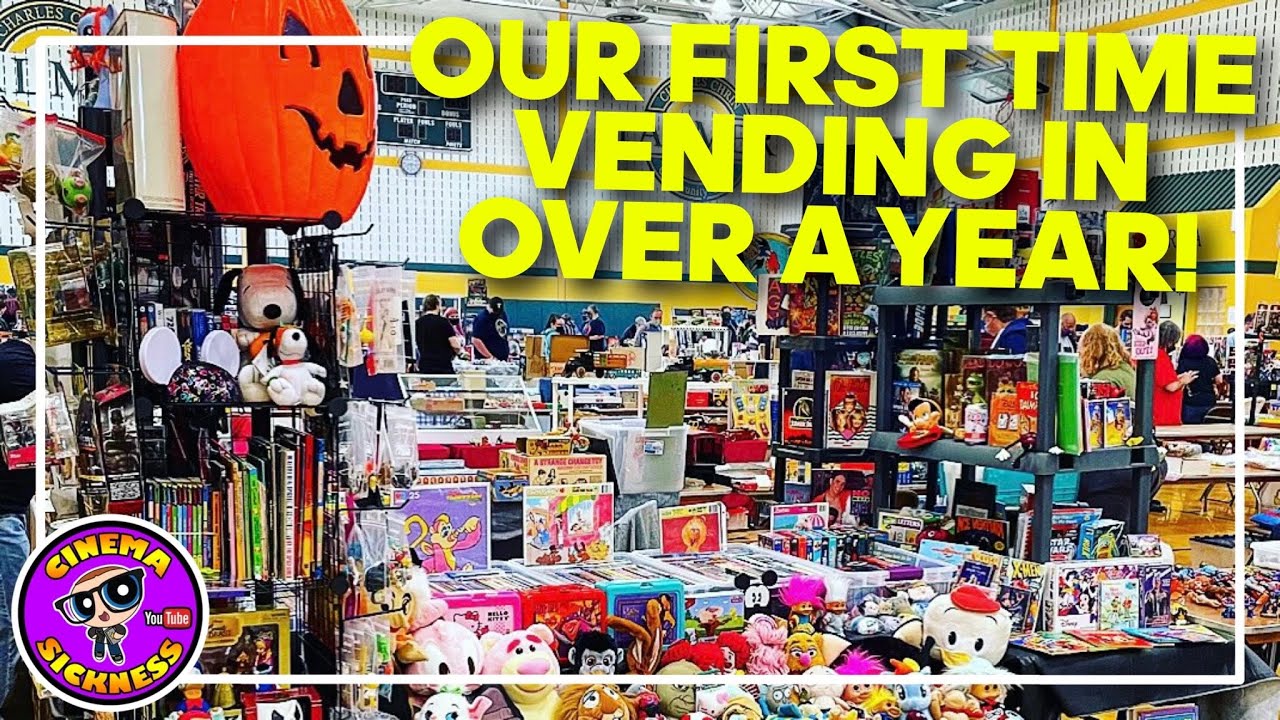 Hello All, Here is some footage from our Sold Out April 10th Toy Show at The Palmer Township Community Center. Some great Footage with Several Vendors and Artist are Highlighted. I would like to thank both Vendors and participants for making our first show a sold out success, Here is the video. I would like to Thank Cinemasickness for this great footage. Please like and follow them https://www.instagram.com/cinemasickness They always have Great Local Toy Hunts with Reviews 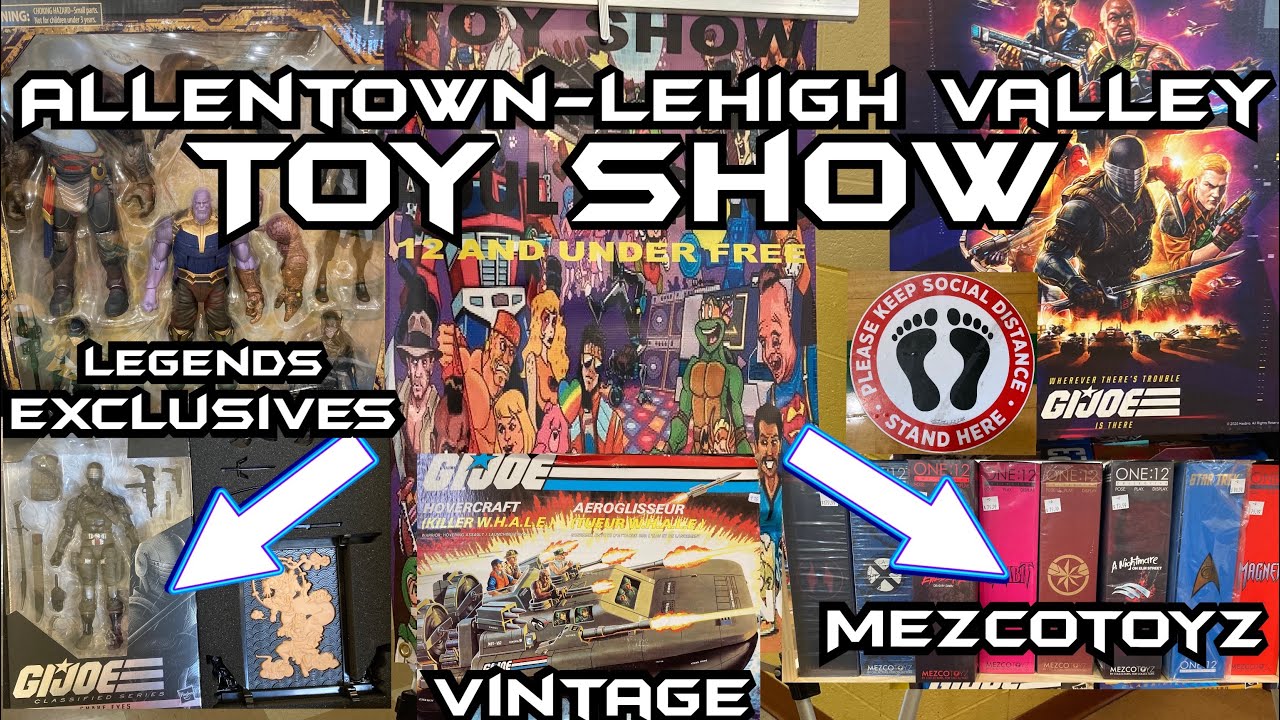 Allentown-Lehigh Valley Toy Show Video Footage. Some great Footage with Several Vendors and Artist are Highlighted. I would like to thank both Vendors and participants for making our first show a sold out success, Here is the video. https://www.youtube.com/watch?v=7TBPNudmNr8 I would like to Thank Disavowed_12 for this great footage. Please like and follow them https://www.instagram.com/disavowed_12 @disavowed_12 on Instagram They always have Great Local Toy Hunts with Revie
VRhobbies

In Stock Vrhobbies Booth 14-A Located In South Mall Mercantiel 3300 lehigh st Allentown Pa 18103 Star Wars The Black Series The Child Action Figure : The Black Series presents… The Child! Inspired by the Disney+ Star Wars: The Mandalorian TV series. Fantastic 6-inch scale action figure features 7 points of articulation. "Baby Yoda" comes with bone broth bowl, a shift knob, and a desert toad! You may think that's Master Yoda, but it's not. It's The Child from the Disney+ The M
VRhobbies

Vrhobbies Booth 14-A Located In South Mall Mercantile 3300 lehigh st Allentown Pa 18103 Star Wars Vintage Collection The Mandalorian Beskar Figure : His body is shielded by beskar armor, his face hidden behind a T-visored mask, and his past is wrapped in mystery. No one is quite sure who this well-equipped stranger is - except you, because you saw his name and face in that one episode. Star Wars The Vintage Collection The Mandalorian (Full Beskar) 3 3/4-Inch Action Figure
VRhobbies

Hello All we are sure you have seen some new activity.. We wanted to share some updates and news. . THE DECEMBER 12TH TOY SHOW IS STILL ON. Tables are almost sold out. But 2021 is still not without questions. Unfortunately Merchants Square Mall has decided to look for alternative uses for the Show Hall to insure a steady revenue stream. So for 2021 We are Sad and Sorry to say that after 15 years we will no longer be holding our shows at Merchants Sqaure Mall **AFTER 202
VRhobbies

Will Torres has worked professionally in the comic book industry for over 20 years and is the creator/writer/artist on his self-publish line of comic books MR.VENTURE, KILLBORG and his upcoming title THE SAINT OF ASSASSINS. Torres has provided art for publishers Titan (The Official Walking Dead Magazine contributing artist), Dynamite Entertainment (Red Sonja #5 Spotlight artist and Bettie Page/Vampirella 50th Anniversary trading cards sketch card artist), and Marvel Comics (
VRhobbies

Please welcome Paul Nicholasi of Idlehandsblog and We Sell Flashbacks! Paul will be bringing a crazy mix of hard to find modern toys and piles of that vintage goodness you love so much. Follow Paul on His Blog for reviews and latest toy news The Allentown Toy Show is Held 3 times per year with dealers from 5 states. Find Info at www.valleygoto.com #toyshow #idlehands #vintagetoys #actionfiguresforsale #dcccomic #comiccon #allentown #merchantssquaremall #toyreview #collectable
VRhobbies

Vrhobbies was lucky enough to Attend the #nytf2020 and got to see lots of New Offerings and the latest Releases . Here is a #Gremlins from #neca Vrhobbies Booth 14-A South Mall Merchantile 3300 Lehigh st Allentown Pa 18103 We carry all your Action Figure Needs.We have a great selection of New Action Figures and Vintage Toys. We specialize I'm #Marvel Legends with a great selection of #StarWars #Slotcars #Transformers #motu and we also have AFA Graded and Moc Items.We have all
VRhobbies

Just In Vrhobbies Booth 14-A South Mall Mercantile 3300 Lehigh St Allentown Pa 18103 Find at our #Toystore or one of Our #ToyShows www.valleygoto.com Dragon Ball Stars Action Figure Wave 15 : The Dragon Ball Stars Series is comprised of the most highly detailed and articulated figures in the Dragon Ball line. Standing at 6 1/2-inches tall and having 16 or more points of articulation and additional hands, these figures can be posed in hundreds of positions. The Stars action
VRhobbies

Still in AFA #Toygrader plastic Masters Of the Universe MOTU 1985 Series 4 #Modulok Unpunched AFA Graded 80+NM Unpunched and Sealed... We have a many #AFA graded MOTU and other #actionfigures you can find us at one of our Toy Shows Or #ComicBookShows Toy Show Info and Dates www.valleygoto.com Please also Visit our Booth A-14 Vrhobbies South Mall Mercantile 3300 Lehigh St Allentown Pa 18103 We carry lots on New and Vintage Action Figures.. #motu #allentown ##lehighvalley #to
VRhobbies

Come meet Richard Laslo at The Allentown Action Figure Con and Comic Book Show. He has been in the animation business for many years working in many studios including Warner Bros., Sesame Street, MTV and studios in NYC He has worked on staff as traditional animation cel cartoon painter and backgrounds and, special effects artist for many studios throughout NYC, NJ and PA He is a Fan and collector of animation cels..of all kinds available from his many studio film experienc
VRhobbies